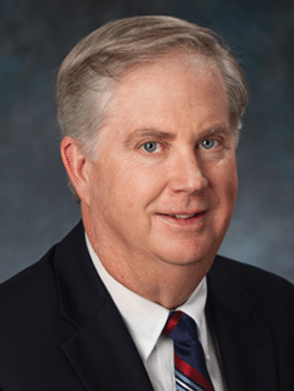 Duncaster President and CEO, Michael O’Brien To Retire in July

BLOOMFIELD, CT, March 30, 2021– Michael A. O’Brien will be retiring as President and CEO of Duncaster in July.  The Bloomfield-based life plan community plans to appoint Kelly Papa, MSN, RN, to serve as interim CEO upon O’Brien’s departure in July.

O’Brien announced his plans to retire to staff today after 14 years of service to Duncaster.  “Mike has been more than Duncaster’s President and CEO.  He has been the face of Duncaster locally and nationally for over a decade,” says Daniel C. Tracy, chairman of Duncaster’s board. “We are grateful for his leadership and his dedication to our residents. His mentorship of those who work here has developed Duncaster’s caring and compassionate culture as well as strengthened our commitment to service excellence. His steady hand successfully guided Duncaster through the challenging times brought on by the pandemic.  He leaves the community in good hands with a committed, talented team in place.”

O’Brien has served on numerous community and industry boards including LeadingAge Connecticut and the Bloomfield Chamber of Commerce.  He was honored with the American College of Healthcare Executives’ Service Award.  Locally he received recognition as the Bloomfield Chamber’s Member of the Year.

Kelly Papa has served as Duncaster’s Vice President of Strategy and Community Life since 2019. She brings over two decades of clinical and executive leadership experience in senior living to the position.  She has a strong background in education, wellness and life enrichment services, organizational and program development, quality improvement, strategic planning and operations.

Before joining Duncaster, she was the Corporate Director of Learning at Masonicare in Wallingford. Prior to joining Masonicare, Kelly served for five years as the Director of Education and Consulting at the Alzheimer’s Resource Center in Plantsville and spent four years in Nursing Administration and Education at McLean in Simsbury

Duncaster is a locally founded, not-for-profit Life Plan Community in Bloomfield, Connecticut known for excellence in senior living for over 35 years.  Duncaster offers options for senior adults seeking independent living, assisted living, memory care, rehab services, and long-term care on its 94-acre campus.  Duncaster was voted the Best Retirement Community by readers of Hartford Magazine, is CARF/CCAC certified, and rated 5-Star by the Centers for Medicare/Medicaid Services. For more information, go to Duncaster.org